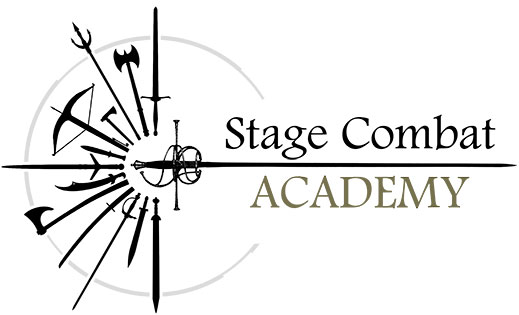 History of the Sword Master

The title of Sword Master was born in 1920 during the filming of “The Mark of Zorro”. Douglas Fairbanks playing Zorro, felt he was not good a good enough fencer for the role, and asked for some help. Production knew of a little fencing school in Hollywood owned by a Hungarian immigrant named, Fred Cavens, and Maestro Cavens accepted the job.

Maestro Cavens’ prime weapon was a saber, and so that is the movement he taught his actors. He taught it also to stuntmen, and it is ironic that the sword movement taught 100 years ago, is still being used today. Because Cavens knew fencing, Fairbanks learned balance, focus, concentration and control. He was able to move in the fight with proper footwork, timing and tempo, these are skills only a seasoned sword master/fencing instructor knows how to teach, not someone who only imitates.

Cavens went on to have an incredible career as a sword master, creating beautiful violence in many classic films. Swashbuckling pictures were now becoming a hit thanks to the expertise of maestro Cavens. But in 1921, a competitor came on the scene, a young actor who was also a fencing instructor, Ralph Faulkner.

Faulkner was an athlete who suffered a bad knee injury and was told by his doctors that fencing was one of the only sports he could do, so he did. He became an actor with his first role in 1917, all the while studying fencing and swordplay. In 1921 he was cast in a film, “Anne of little Smoky”. There was a fencing scene in the show, and as Faulkner trained the actors and choreographed the fight scenes, a new sword master was born.

Maestro Faulkner was on the Olympic fencing team and worked on his craft countless hours, he also brought a new design of swordplay choreography into the mix of film fighting. His background as an actor along with his knowledge of how the body works while engaged in combat allowed him to insert “the story” into a fight sequence, making the action so much more than just a fight.

Maestro Faulkner eventually became known as “The Fencing Coach of the Stars” and was referred to as “The Boss”; he opened his own fencing studio in Hollywood called, “Falcon”. Faulkner knew the importance and necessity of rehearsal and training; master shots, when the camera is locked down while they fight, are easily attainable with the proper amount of work before picture goes up. That ability was and still is what separates the good from the great.

In 1953, a young English stuntman was in the beginning stages of becoming the next great sword master; Bob Anderson used to brag about how he was cut on the leg by Errol Flynn’s sword.

Bob also had a background in the sport of fencing, being a competitor and an Olympic coach himself. Anderson was also an actor and a perfectionist in his craft. With the quality of film changing during that time, fights were much more effective to the audience when done right. In his later years, he developed a double time high tempo style that even today has yet to be matched.

Just after Maestro Anderson came on the scene, so did the sword master, Bill Hobbs. Maestro Hobbs, as you may have guessed by now, was also a competitive fencer and fencing coach. As an actor as well, Hobbs was able to bridge the gap of stunt person to sword master working intimately with actors and directors to tell the story.

These masters changed the face of swordplay in film. It seemed that at the end of these men's eras, it was as well the beginning of the end of creativity in story telling swordplay for film, TV and on the stage. It was the beginning of “we will fix it in post”, where the editor becomes the sword master. Many actors and stunt people decided because they knew which end of a sword to hold, that made made them experts, and many began labeling themselves as sword masters, while none of them knew the first thing about fencing.

Today, the title and job of the Hollywood sword master seems to have disappeared, being replaced by sword swingers choreographing fights with little technique, and of course, letting the editor clean up the mess. But, there may be some hope after all, a lone light shining in the dark and vast expanse.

Coming from an acting background, fighting found him; Tim Weske started his career in fight training, coaching and choreographing for film, television and stage 30+ years ago. His mentors are Bob Anderson, Bill Hobbs, Ralph Faulkner and Fred Cavens. Tim studied their work and expanded on their techniques, and as his mentors before him, Tim is also a coach and competitor in the sport of fencing.

Competitive fencing and theatrical combat are very different; like his mentors before him, Tim has the rare quality of combining the two styles to allow the actors to fully understand the fight. Balance, tempo and rhythm lead to confidence, control and safety while being able to commit to the actions of the fight; all of this allows the freedom to create.

Tim started out as an actor and studied it for many years, along with the art of fighting. One of the many upsides of this, is is his ability to communicate with actors in a way they are accustomed to and understand. Tim has been very successful, having the opportunity to train many of Hollywood’s top celebrities.

Tim opened his own Fencing school and fight academy, Swordplay LA, in 1992 in Los Angeles, California. Tim has trained thousands of people to fight on camera and stage and he has choreographed thousands of fight sequences.

Tim’s goal is to achieve what is best for the project. For Tim, this is more than just a job, this is his passion.